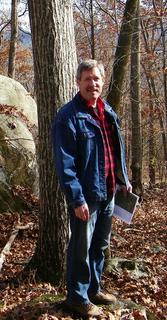 Thank you for contacting us! If needed, you will hear back within 48-72 hours.

Michael W. Lash graduated from Louisiana Tech University in Civil Engineering in 1981. That same year, he was married to his wife, Catherine Lash. Upon graduating, he worked for the Louisiana Department of Transportation for one year. His desire was with land development, so in 1982, he was hired by Robert E. Jones & Associates as a Project Engineer for private developments and municipal improvements. In 1985, he was asked to become a partner in the firm. Under Mr. Lash's supervision were two survey crews, one junior engineer, two engineering technicians, and a secretary. In 1987, a family decision was made to leave Shreveport, Louisiana and move to a thriving diversified economy for raising a family. Charlotte, NC was chosen for its beauty, economic life, and proximity to the mountains as well as the beach. In July of 1987, Mr. Lash was hired by Burnell Associates, and worked there until he started Lash Engineering, Inc. in 1994.
Mr. Lash has had a formidable influence in development of the private sector of Matthews, NC. He holds Professional Engineering licenses in North Carolina, South Carolina, Virginia, Kansas, and Louisiana.